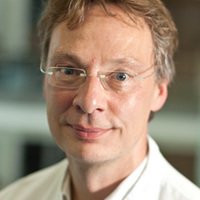 Joerg Radermacher qualified as MD in 1987 at Hannover Medical School.

From 1988-1990 he did research in the Department of Clinical Pharmacology in Hannover and started his Nephrology training at Hannover Medical School in 1990.

He graduated in Internal Medicine in 1998 and in Nephrology in 1999.

In 2003 he was appointed head physician at Johannes Wesling Klinikum in Minden.

His areas of interest are:

He lives in Minden with his wife and 2 sons. In his spare time he loves cycling and reading.

Scan the kidney and its vessels