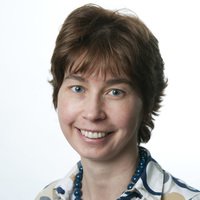 Inge Dierickx qualified as Medical Doctor in 2000 at the Catholic University of Leuven. In 2002 she obtained the degree in family medicine. In 2004 she successfully passed the exam of “Brevet Acute Geneeskunde’. In 2005 she started the specialty training in Obstetrics and Gynaecology, also at the Catholic University of Leuven. She completed this 5-year during training in Duffel, Genk, Enschede (Netherlands) and Leuven.
In November 2010 she started working as a gynaecologist in the Sint Lucas Hospital in Ghent, Belgium. She works as a general gynaecologist interested in obstetrics, especially obstetric ultrasound and Doppler-examination. She is interested in scientific research en has already published some Medline-cited papers, merely concerning obstetric issues.